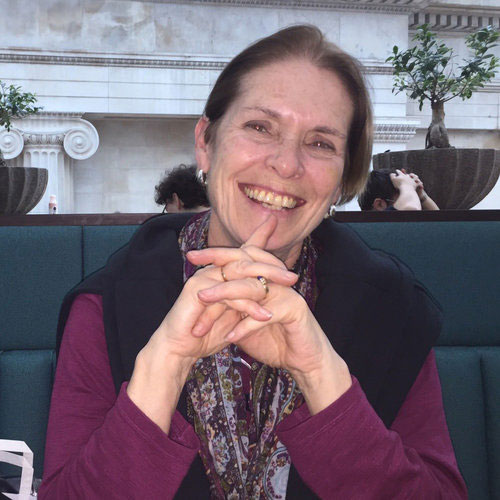 Originally from Buffalo, New York, Patricia obtained her Bachelor’s degree in European History from the University of Pennsylvania and her Ph.D. in Chinese History from the University of Washington. In the late 1970s, she moved across the world to study Chinese in Taiwan (Republic of China) at the Stanford Language Institute, and while there, serendipitously met a Dutch surgeon, Marinus “Dick” Koning, at Taroko Gorge Hot Springs on Christmas Eve. Thus began a 40+ year partnership of traveling the world, broadening their horizons, and joining other global community members to make the world a better place, one grain of salt at a time.

Their journey led them to Central Oregon, where Dick immersed himself in his general surgical practice, while Patricia taught history at Central Oregon Community College and at Oregon State University-Cascades Campus, while also actively promoting global awareness at the college level through professional organizations such as the World History Association and Semester at Sea.

After 30+ years, as their three children were launched into adulthood, Patricia and Dick entered the “3rd“ half of their lives where they could apply their combined years of skills and expertise with their passion for international non-profit causes. Together with Dick’s twin brother, Jan, they created the ReachAnother Foundation to act as a catalyst to establish a network of pediatric neurosurgical Centers of Excellence dedicated to the awareness, prevention, and aftercare of children born with spina bifida and hydrocephalus in Ethiopia.